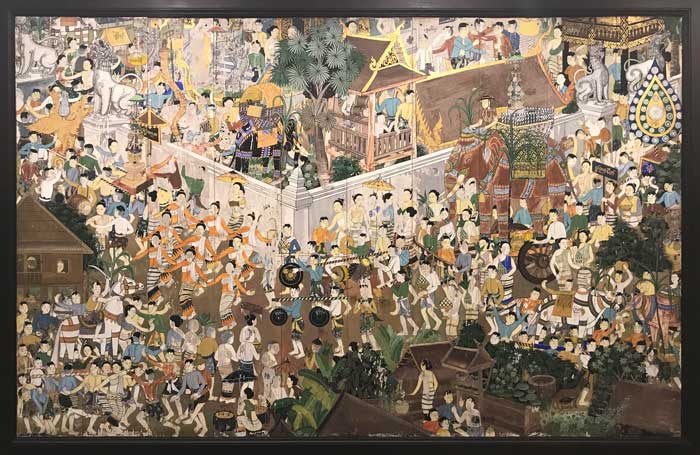 The Basic Personal Pronouns in Hmong.

Hmong personal pronouns are similar to English, with a few simple differences. Here are the basics:

The pronoun, ‘yus,’ has a very similar meaning to pronoun, ‘one,’ that we sometimes use in English. It serves, perhaps, a more important role than the word, ‘one,’ in English. Let’s look at an example below:

(When) one doesn’t know the way, one shouldn’t go. Lit: One not know path one not don’t! go.

You can use, ‘yus,’ for all different purposes, but it is most commonly used to soften direct comments or even criticisms. If we were to replace the word, ‘yus,’ with the word, ‘koj,’ in the above example it would sound extremely harsh: Koj tsis paub kev ces koj tsis txhob mus! Hmong culture places high importance on dignity and respect towards others. So the word, ‘yus,’ serves a valuable role in making sentences like the above less direct and softer.

The pronoun, ‘luag,’ and ‘luag tej,’ can essentially be defined as, ‘others,’ in English. Like, ‘yus,’ above, though, it has a special and subtle usage. First let’s look at the basic usage:

Others are always scolding me. Lit: Others keep-on scold me.

In the above example, ‘luag,’ is simply used to mean other people or anyone other than one’s self.

The expression, ‘luag tej,’ has a similar meaning but implies a broader range of people. While the first example could refer to just one person, this example implies more generally to all people.

He killed our daughter. Lit: Other(he) take our(2) clf daughter kill throw away.

He stole their stuff, now they aren’t happy. Lit: He stole others(their) thing then others(they) not satisfied heart already.

In the above two examples, the word, ‘luag,’ are actually referring to a specific person and not just, ‘others,’ but it is deliberately indirect. In the first example, it is because they feel the murderer’s name is unspeakable. There can be any number of reasons why one would want to refer to someone else indirectly.

With both, ‘yus,’ and ‘luag,’ their necessity is more cultural and less because of grammar. As mentioned above, Hmong culture values the respect and dignity of the other person and thus Hmong will often speak indirectly to safe the face and dignity of the other person. Or sometimes, as in the rare cases similar to the last two examples of, ‘luag,’ because they don’t want to have to speak of the person.

Now that you have a list of all of the pronouns, let’s take a look at a couple of special use-cases.

A common word to refer one’s self in Hmong is the word, ‘tus kheej,’ as in the following example.

Hmong, however, has a more simple and idiomatic way of talking about self. See the following two examples:

Another idiomatic expression using pronouns is when you want to refer to a few people by name, often the appropriate pronoun is placed immediately after their names. See the following examples:

The family won’t be happy. Lit: Plur. younger-brother older-brother family-of-wife they will not satisfied heart.

While this may seem unnecessary and redundant in English, it is natural and common in Hmong.